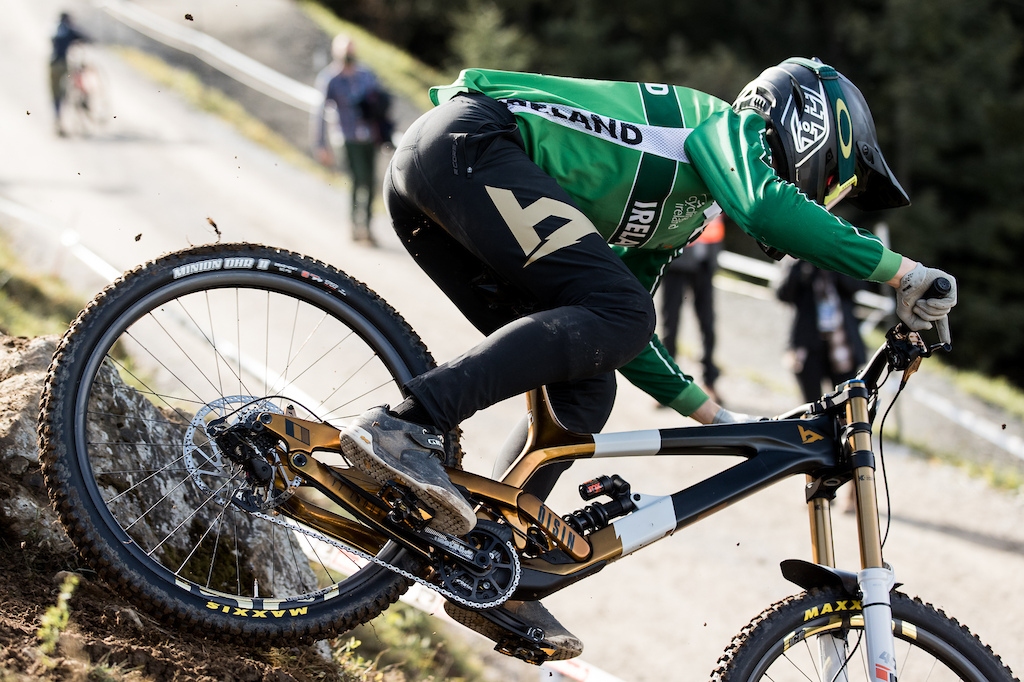 The 17-year-old trailblazer O’Callaghan earned his place on an elite list of Irish world champions, joining the likes of Martyn Irvine, Mark Scanlon, and Stephen Roche, to wear the fabled colours when he blitzed the junior field with a devastating four-minute run at the downhill mountain bike World Championships in Leogang, in northern Austria in October.

The Ardpatrick native returns after a four-month training and competition tour in Europe, where he followed up his victory in Austria with two stage wins at the recently held World Cup competition held in Portugal. 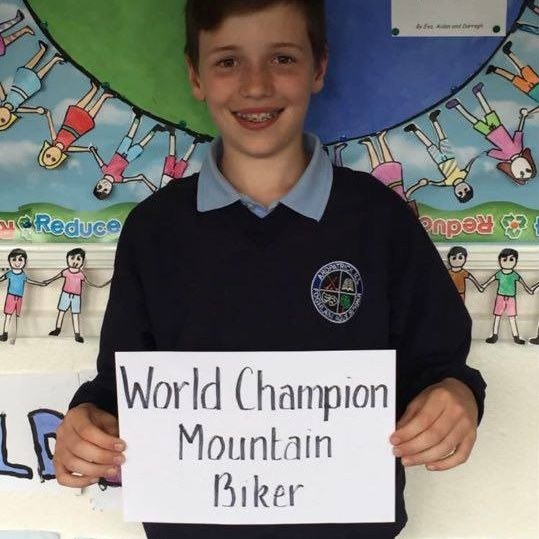 As a 7 year old boy in third class he would tell his teachers he wanted to be a mountain bike world champion when he grew up.

It helped that he had the perfect mentor in his father Chris, co-owner of Trail Riders, the mountain bike shop and service provider at Ballyhoura Trailriders Mountain Bike Hire & Sales and Ballyhoura Mountain Bike Trails, Ireland’s largest mountain bike trail network in Ardpatrick, to help pursue these ambitions.

“Growing up, he would have been putting the coloured cable ties on his handlebars in the sequences that’s on the (rainbow) jersey, back when he was in first and second class. So obviously he’s been driven from that age. He played other sports but it was always about bikes,” says Chris. 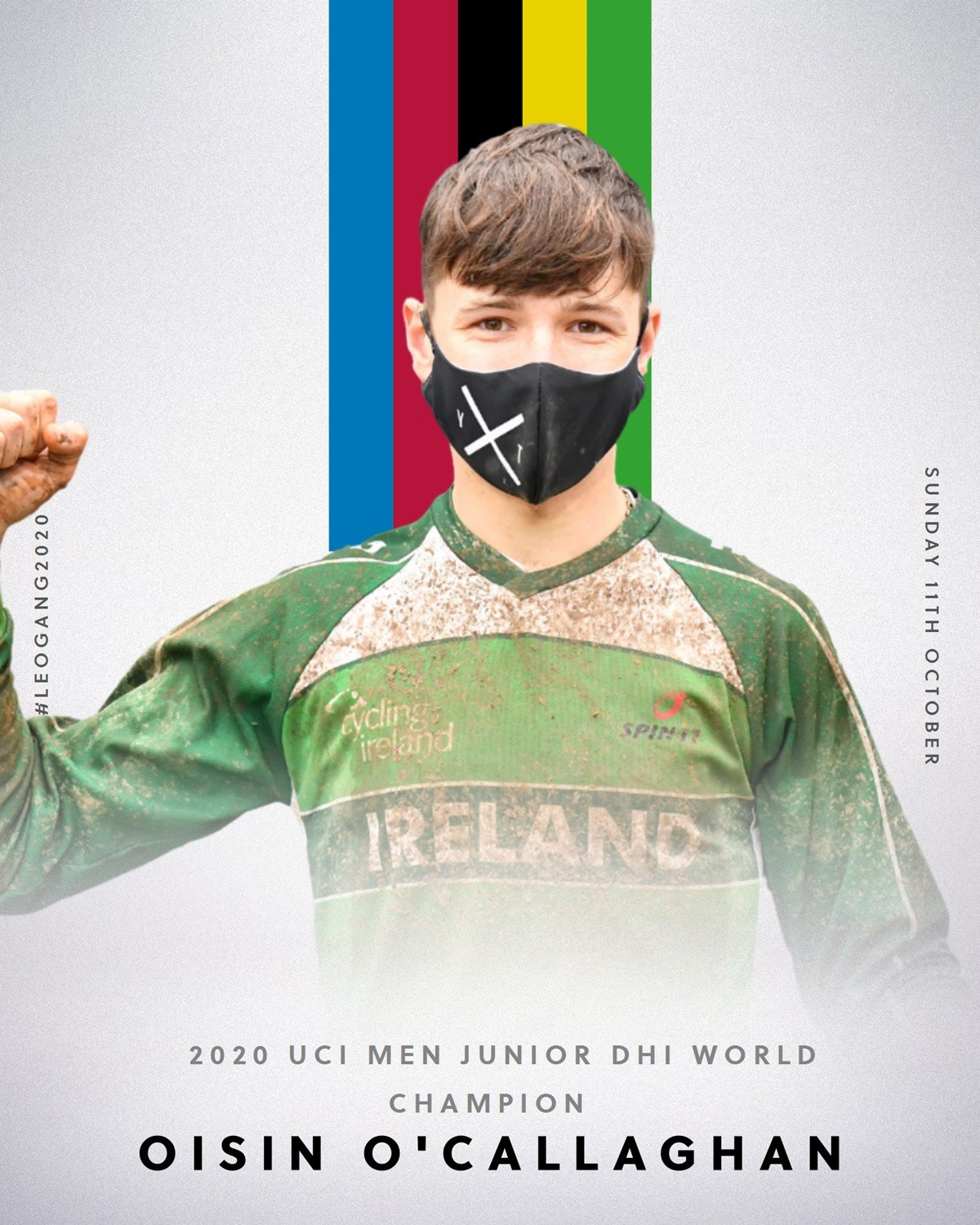 The World Champion was warmly welcomed home by the Ardpatrick community on Sunday 6th December at Ballyhoura Mountain Bike Trails and also by his fellow classmates as he has brought first ever rainbow jersey back to Scoil Pól in Kilfinane.

As he gets back down to the fifth year syllabus, Oisin has said that he will continue to compete at junior level for the next year but that his next ambition is to become the Elite World Champion at senior level after he completes his Leaving Cert.

“Because I’m still young enough to ride junior next year, I get to wear it for the rest of this year, and next year too, and not many riders have done that.”

O’Callaghan’s career may be going rapidly downhill, in the purely positive sense.