An Evening with the Bob Bradshaw Band 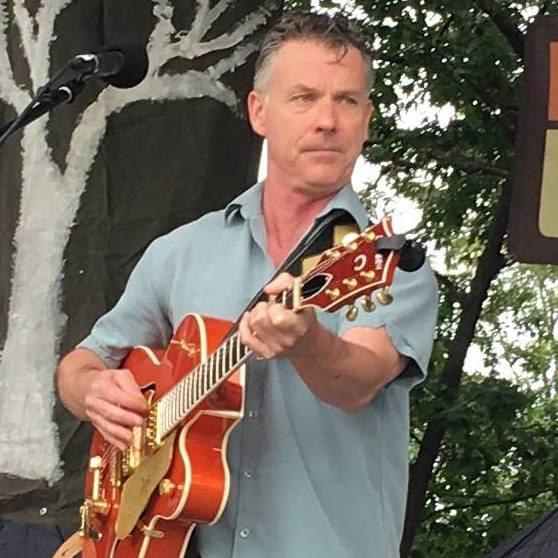 Bob Bradshaw is returning from the United States with his band for a homecoming show at Saint George’s Arts and Heritage Centre on Friday, May 27th.

Bob got his start in music playing with the Mitchelstown Druids in the early 1980s, and has been exploring many facets of Americana music in the thirty years he’s lived in the States. His inspiration comes from the Texas singer-songwriters whom he strives to emulate, to the roots-rock he plays in bar bands any night of the week in Boston.

He has lived in New York City and in San Francisco, where his rock band ‘Resident Aliens’ was successful in the 1990s, and recorded a live album there, ‘Alien Alert’, with Fermoy music legend Ron Kavana. He graduated from the Berklee College of Music in 2009, having mostly played in bluegrass ensembles there. Praised as a writer of 'instant classics' by No Depression magazine, and as a 'master craftsman' by RnR Magazine, Bradshaw is presently working on his tenth album of original songs ‘The Art of Feeling Blue’.

Joining Bob at Saint George's will be Andrew Stern on electric guitar, John Sheeran on Bass and Mike Connors on drums.

Among other things, he will be remembered locally as one of the first staff members of the Avondhu newspaper back in the late 1970s and early 1980s.

Tickets are available on Eventbrite: https://www.eventbrite.ie/e/an...